Notorious: Heavy is the Head That Wears the (plastic) Crown 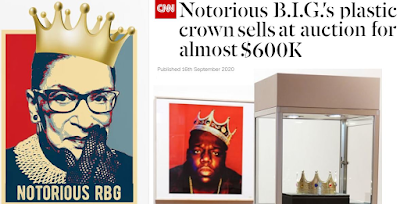 In case anyone is interested in the As Above So Below synchronicity of this week's events.
The symbolic theme is Venus as the Holy Grail and primordial goddess "born out of an endless black night before the beginning of the world".

The announcement of the possible discovery of "Life on Venus" on Tuesday ended up being juxtaposed with the death of Ruth Bader Ginsberg  aka 'Notorious RBG' on Friday.

On the same day the news media proclaimed it was hot on the trail of the Holy Grail of the Knights Templar.

Also on Tuesday, the plastic crown of the late rapper Christopher Smalls aka 'Notorious B.I.G.' sold at auction for $600,000. 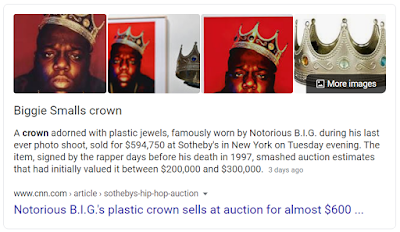 This all syncs to the theory that Leonardo da Vinci revealed the true Holy Grail to be Mary Magdalene (aka V = Venus) in his painting The Last Supper. 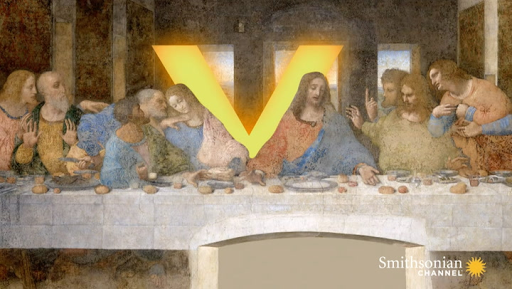 Last but not least. RBG, the feminist icon (read: symbolic goddess Venus), was the daughter of Russian Jewish immigrants. On Friday afternoon, Russia claimed Venus as a Russian planet.

Not saying I agree with any of this, just showing how the powers that be really went out of their way this week to line up the symbols for whatever they're working.

Or perhaps the symbols lined themselves up. That's always the question isn't it? 😉 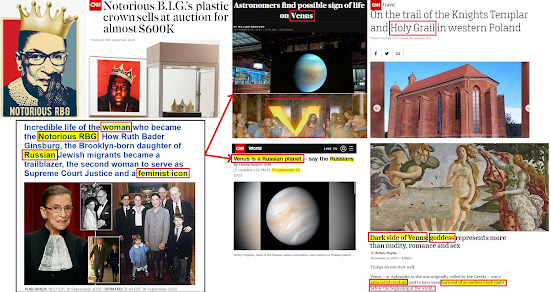