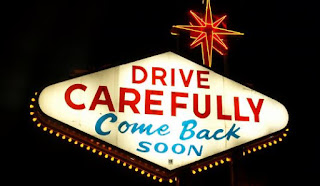 Warning: This may be a stream of consciousness rant post about Las Vegas. Read at your own risk.

It all began with a comment from a sync group member relaying what a Mandalay Bay Hotel employee said today.

His comment sounded strangely poetic, like the lyrics to a sad country song. It got my mind churning about the recent Las Vegas massacre.

You see, from the time I first began regularly visiting Vegas in 2011 I got a very vivid impression that things are not what they seem there.  Everything is fake—from the monuments (Eiffel Tower, Statue of Liberty, medieval castles, pyramid, sphinx, etc.) to the celebrity look-a-likes (clones?).


[ Full disclosure: I'm an Empath. That means I'm extremely sensitive to feelings and energy and often get picture/images in my mind based on the input I receive. ]

While I was in Vegas walking around the MGM Grand I noticed the large number of TV and elite award shows taped live at CBS Television City RESEARCH Center located in the bottom of the hotel.


Suddenly I got an emotional impression that the city itself is the "template" for our holographic reality. That it is the source of the holographic programming "beamed" to our minds. And that it is powered by the energy of all the tourists walking up and down the strip. 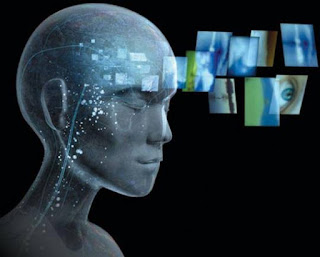 In the film "2010:The Year We Make Contact", the Starchild is looking at VEGA, the bright star below Jupiter which is CASTING THE LIGHT ON HIS EYES. This bolsters my idea of Vega/Vegas as the source broadcasting this fake, holographic reality to us. 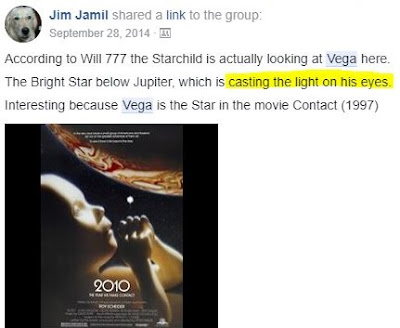 In the movie "Contact", Ellie Arroway (played by Jodie Foster) travels to the star VEGA where aliens speak to her disguised as a holographic projection of her dead father on a holographic beach.

Arroway quickly realizes what she is seeing on Vega is NOT real.


If you've ever been to Vegas you know the monumentally long, energy-depleting walking and line-waiting required just to get from one hotel to the next by foot. You can feel yourself literally being herded like a cow on a predetermined winding route though each hotel's casino (read: power center). 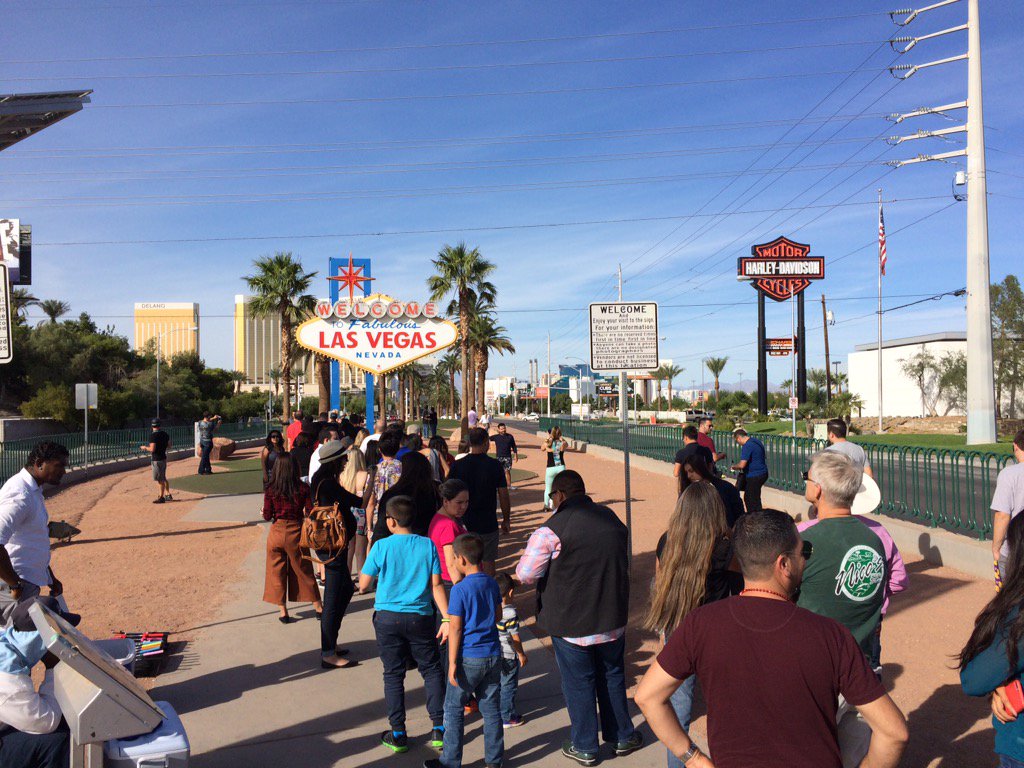 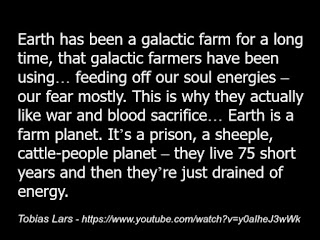 In this scenario, the Luxor hotel pyramid acts as a capacitor of sorts, storing all the energy from the strip and using it to transmit a frequency to Earth's energy grid.

A frequency that, perhaps, embedded in a holographic signal disrupts our natural circadian rhythm in turn causing death, disease, and other negative traits?

The documentary The Pyramid Code notes the pyramids in Ancient Egypt, in addition to being free wireless clean energy generators (as Tesla later rediscovered), were intended to "spiritualize the whole civilization" by "providing a widespread, high level of energy that people needed because the descending age was upon them".


In other words, the true Egyptian pyramids generated a spiritually-positive high frequency that helped the entire civilization of humanity stay uplifted. 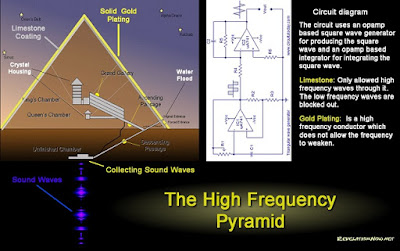 Conversely, the fake Vegas pyramid may be doing the complete opposite—emitting a negative frequency that has dragged our reality deeper into darkness.

So, if the October 2nd massacre is causing everyone to leave Las Vegas, could the terrorist shooter's misguided intent have been to cut off the power to this reality system?

Or maybe to "harvest" some energy for the system but it backfired? 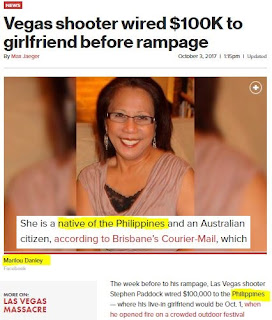 The Vegas massacre shooter's first name was Stephen. On June 18 2016, 19-year old Michael STEVEN Sandford tried to assassinate Trump at a campaign rally at the Treasure Island Hotel and Casino in Vegas. 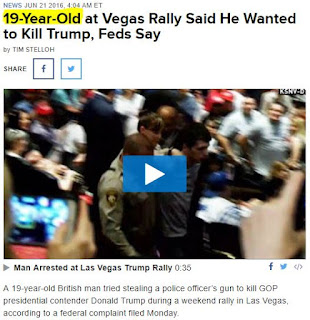 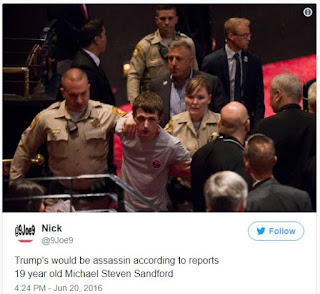 In 2012, JetBlue pilot Clayton Osbon had a psychotic break in-flight and started yelling about "religion and terrorists".


He kept trying to explain the correlation between numbers/radio frequencies and "sins" taking place in Las Vegas in regard to Jesus and Al Qaeda.

The name of the Route 91 Harvest Festival continues the ominous sync since 91=19 backwards. 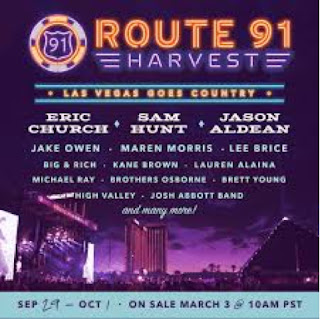 In terms of who's behind this paternalistic, false pleasure-oriented reality system we've been trapped in, I had a theory that Playboy magnate Hugh Hefner might have been one of its main architects (along with Walt Disney).

Hugh Hefner died on September 27th (five days before the Vegas Massacre) at the age of 91. 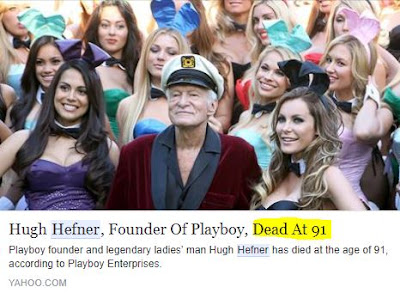 Speaking of pleasure, The Mandalay Bay Hotel looks eerily similar to Biff Tannen's Pleasure Paradise Hotel from the movie Back To the Future Part II where Biff's character is strongly based on Donald Trump. Trump owns The Trump International Hotel in Las Vegas. 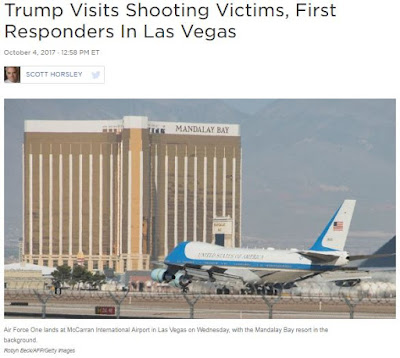 The Mandalay Bay Hotel's elevator goes up to the 64th floor although the building itself is only 43 stories. The Trump International Hotel is a 64-story tower. The Vegas massacre shooter Stephen Paddock was 64 years old.  He shot from the Mandalay Bay's 32nd floor, (32 x 2 = 64).

On October 1, the same day as the shooting massacre, O.J. Simpson was released from Lovelock Prison and driven to Las Vegas. Simpson's football jersey number was 32 (another 32x2=64 sync).

From two rare eclipse paths marking an "X" across America, to massive "X Class" Sun flares, to the leak of the iPhone X, to the return of The X-Files...we're crossing paths with some angry solar syncs.


The Universe is definitely trying to tell us something. 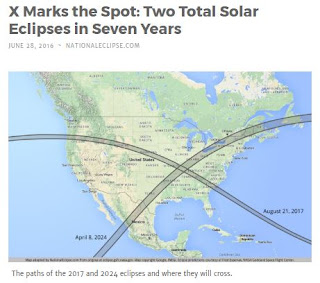 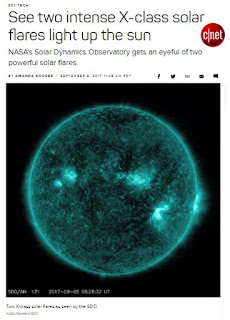 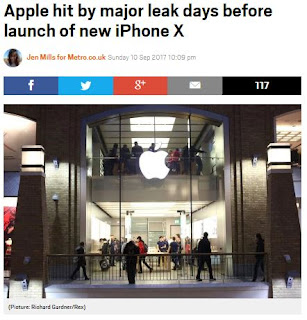 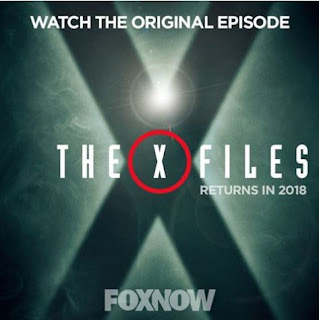 What it all means remains to be seen. Of course, I have a few of my own ideas.

Could X stand for Xi?  The ancient Xi people were misnamed the Olmecs of South America. Maybe they're angry about being cut out of history.


Some theories suggest the Xi may have had a connection to the lost civilization of Atlantis.  Maybe Atlantis is returning with a vengeance.

And then there's my favorite X wearer of all time...Michael Jackson...just because :-) 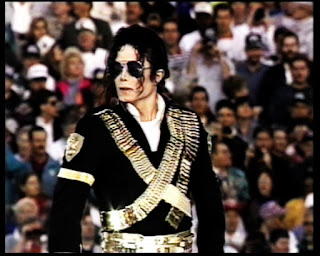 UPDATE: Whoa! Right after I hit the publish button on this post I saw one of the X-Men creators has died. I'm a little weirded out right now, to say the least. 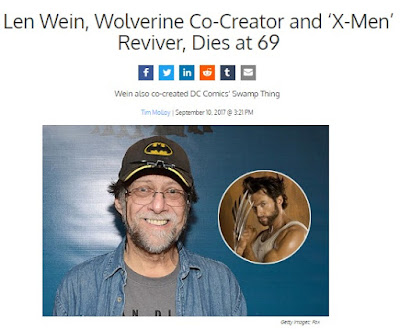 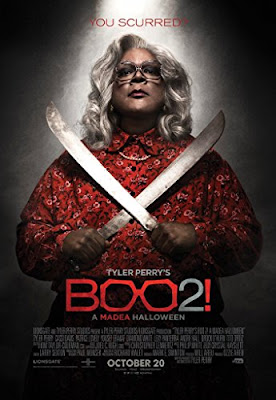 The Last Trumpet? Is it about Damn. Time?

The Last Trumpet? Is it about Damn. Time? 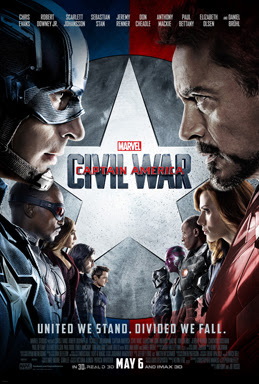 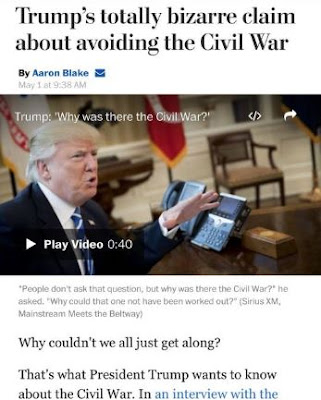 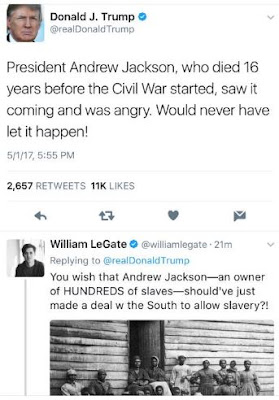 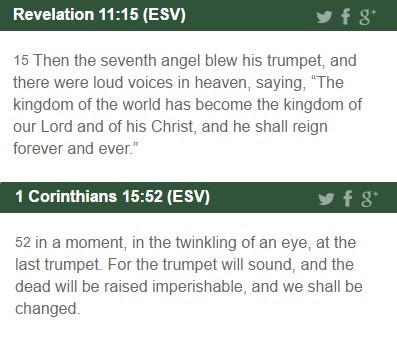 Posted by Sibyl Hunter at 12:41 PM No comments:

Following the sync web from the defaced Hollywood Sign to Disneyland's Hollywood Tower of Terror closing to the mass terror shooting at the Ft. Lauderdale - Hollywood Airport.


On January 1, 2017 the iconic Hollywood Sign over the city of Los Angeles was vandalized: 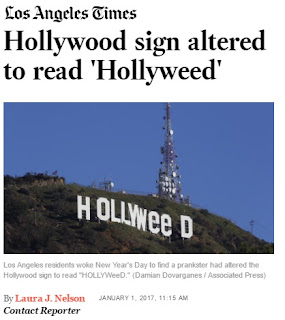 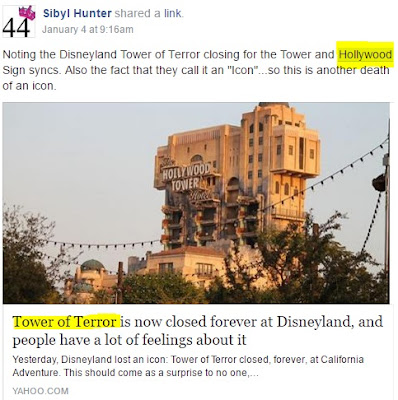 On January 6, 2017, a gunman committed a mass shooting at Fort Lauderdale-Hollywood airport: 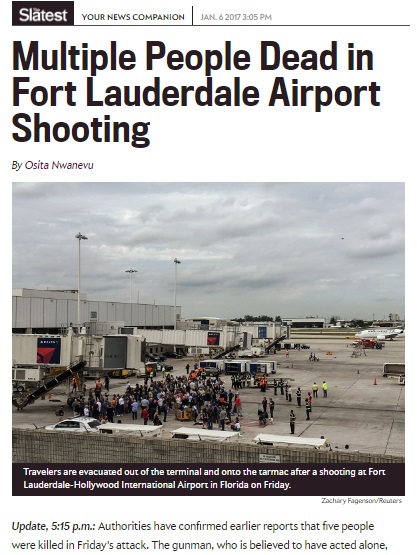 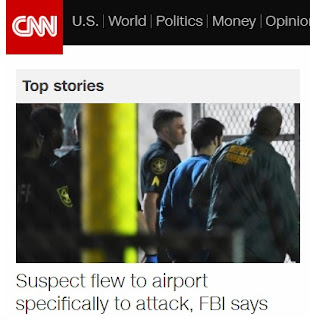 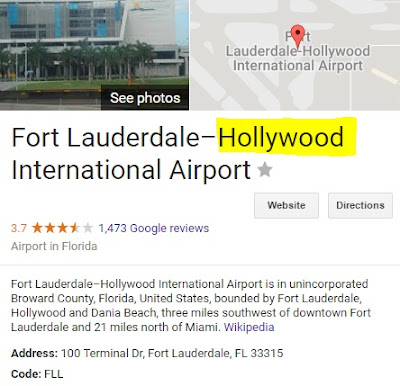 Here is some food for thought from a previous post I made on January 8, 2011:

Near the bear and near the white wool,
Aries, Taurus, Cancer, Leo, Virgo,
Mars, Jupiter, the Sun burn over the great plain,
Woods and letters of cities are hidden in the candle.
—Century 6, Quatrain 35. The Book of Notradamus