Somehow the Divine Male has pushed the Divine Feminine, personified as the goddess Isis, too far. 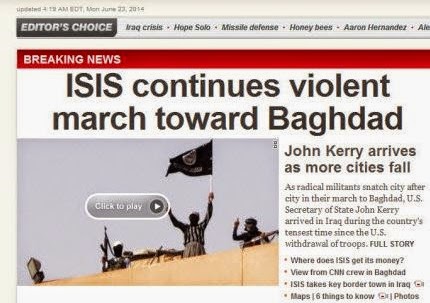 As usual, this is not a political post, but rather an attempt to observe how schisms in our Collective Consciousness project outward and appear as synchronous events in our reality.

Previously I discussed actress Paula Patton's role as the archetypal GIRL and the struggle between the divine male and female being played out in her public marital split with husband and singer Robin Thicke. 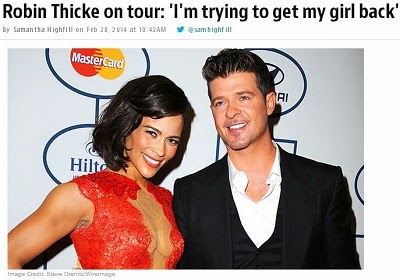 The Get Her Back video is generating a bad rap, but I don't agree with the Illuminati mind control interpretation in this case.  As a person who has watched the movie Deja Vu probably 50 or more times, it's clear to me that the video's imagery is meant to be a reflection of that film.

In the movie, Denzel Washington plays Paula's fictional cosmic lover who travels through time, rescues her from a brutal murderer (Destiny/Fate), and ultimately sacrifices his own life to break the glass (of illusion) and save her from drowning in a ferry explosion.


In the Get Her Back video Thicke recognizes that he is Paula's real life, time-traveling cosmic lover, however in his estimation he has tried but failed to save her this go 'round because he was distracted by the things of the world (of forms).  Thus, we see him looking beat up from unsuccessfully fighting the murderer followed by images of a model who strongly resembles Paula drowning.

But currently Robin Thicke has gone from writing one song about getting the GIRL back, to writing a whole album dedicated to her that many critics are calling a pathetically misguided and ultimately narcissistic attempt to reunite with his wife.

At this point I'm going to conflate the two goddesses Isis and Kali because they're both faces of the same underlying archetypal feminine energy— Isis, the nurturing wife/mother, and Kali, the vengeful wife/mother.


We can see both faces now because we have pierced the veil of Maya (the false duality of object and subject) and are in the process of moving to a higher state.

On the world stage our milestone in consciousness paralleled the crossing over of Maya Angelou, a tremendously powerful woman who was an exemplary manifestation of the "feeling/sensing/aware" part of us.


Isis-Kali = Going Beyond the Illusion of Maya

But moving from duality back into a state of Oneness is a monumentally difficult transition fraught with pitfalls and dangerous distractions.

In order to succeed, form (or matter) must be infused with Spirit.  With Spirit we float, we fly.  Without it we drown.  We fall back to ground like so many empty shells. 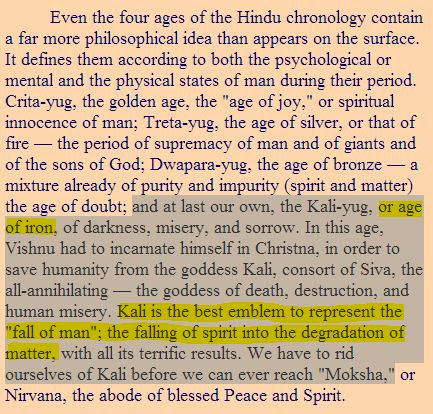 The Iron Throne - Vengeance is Hers

Nothing enrages the Divine Mother more than the threat of her children in danger.

On the TV show Game of Thrones, the archetypal mother Catelyn Stark dies in a bloodbath defending her family at the end of Season 3.  However, in the book version, she's resurrected as Lady Stoneheart, the immortal mother raining down vengeance on all those who dared hurt her children.


In fact, the entire Game of Thrones story line reads like a lineup of fierce women, from young to old, from mothers of kings to mothers of dragons, who will do anything to save their families trapped in the shadow of the Iron Throne.


One glance at the daily news is all it takes to chronicle the atrocities being done to children lately from school shootings to mass kidnappings  (see the Twilight Language blog post "Suffer the Little Children").

Yet, to the Gnostics "Little children" was simply a coded phrase.

Therefore, the violent projections emerging out of our Collective Consciousness really represent us desperately trying to free and save our "child" selves from the Black Iron Prison.

The question remains then, how does one pacify the vengeful mother goddess Isis-Kali?  Well, according to myth only her husband Shiva can calm her. 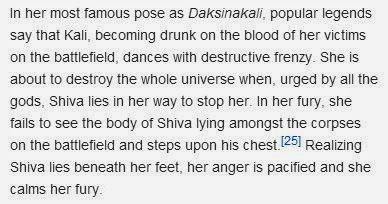 In Jungian terms I believe this means that the masculine side of our Collective Consciousness must integrate the Anima, the projection of the feminine side, rather than objectifying her and viewing her power as a threat.


By the same token, the feminine aspect of consciousness must integrate her male Animus rather than displaying animosity.  There has to be a true recognition of each other's unique yet complimentary strengths and a realization that one CAN NOT exist without the other.

As the late, great Bobby Womack crooned, "If you think you're lonely now, wait until tonight GIRL."

To win, the Two must become One.

I love the part when he says "I'm here about a GIRL." And the soundtrack singing 'it's too late to start over.' yep. It's going down.